Do you know the ties between Hollywood and Beaufort?

Do you know the ties between Hollywood and Beaufort? 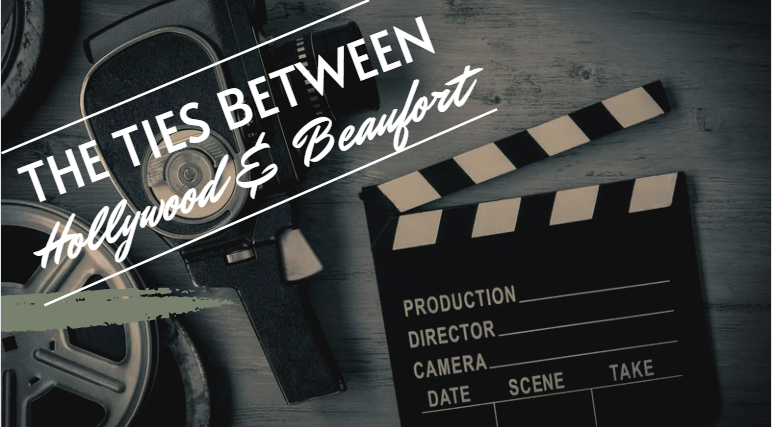 While Beaufort is a long way from Hollywood and the crazy, hectic, and chaotic life of Los Angeles, the stars and producers of Hollywood do love the serene and gorgeous lifestyle we get to live here in the Lowcountry! Dating back to the 70’s Beaufort has a fantastic reputation with Hollywood and its stars, so much so that many of its actors have chosen to make Beaufort their home over the years after filming had come to an end.  Let’s explore some of the films that have been created here.

Starring a few movie giants, Blythe Danner, Sandra Bullock, and Ben Affleck. Telling the story of stranded air passenger after a crash who meets a free-spirited woman who together embark on a very chaotic and unconventional route home. Forces of Nature only filmed a few scenes in our fine city which was taking the place of Savannah in the movie. Nonetheless, The Castle on Craven’s Street was used for most of the scenes at Cahill’s house and again in the wedding scene toward the end of the movie. Did you know that the crew sprayed the grass with green spray paint for it to be ‘greener and brighter’ for the movie??!!

The story of a woman undergoing training to become the first Navy Seal. No one expected her to succeed, but she is determined to prove them all wrong. Starring Demi Moore, Anne Bancroft & Viggo Mortenson and directed by legend Ridley Scott, Beaufort is the backdrop for survival camp scenes. All scenes were filled on Harbor and Hunting Islands.

This heartwarming movie of a simple man who is a Vietnam Vet with a good heart & intentions captured our hearts! Starring Tom Hanks, Sally Field, Robin Wright & Gary Sinise, this film is still considered one of the all-time bests today. Some of the most memorable Beaufort locations throughout the film were the University of North Carolina Beaufort Campus (which doubled as the Gump Medical Center), the Mississippi River is actually the Beaufort River, Bay Street has multiple filming locations, Fripp Island and Hunting Island State Park served as filming for the Vietnam scenes, and the Basil Green Sports Complex stands in for the local Alabama Football stadium. One of Beaufort’s movie claims to fame for sure!

The heart pounding thriller of a doctor accused of killing his wife and then turning around and searching for the killer himself. Starring Harrison Ford, Tommy Lee Jones and Julianne Moore. The movie itself is set in Illinois, but Beaufort steps in for many different scenes, one of the most famous takes place in the Stumphouse Tunnel near Walhalla.

Receiving 7 Oscar nominations, this romantic comedy starring greats like Barbara Streisand, Nick Nolte, Blythe Danner, and George Carlin, was set in the Old Point neighborhood of Historic Downtown Beaufort. The beautiful old home was at the foot of the Woods Memorial Bridge. Fripp and St Helena Islands are featured in the movie and the Beach House is on Fripp Island too. You can see the Beaufort River depicted in the opening scenes.

Another military blockbuster!! This a story following a platoon of U.S Marine’s through bootcamp. The movie starred Matthew Modine, Vincent D’Onofrio, Lee Ermey & Alec Baldwin. Training took place at the Marine Corps Recruit Depot Parris Island. The actors, while filming for the movie, were required to the rigors of actual USMC training to keep the movie authentic.

Telling the story of baby boomers who reunite for a funeral 15 years after college, it is both dramatic and comedic and launched the careers of Tom Berenger, Glenn Close, and Jeff Goldblum. The opening funeral scene was set at Sand Hill Baptist Church. Throughout the movie you will see Tidalholm Mansion where the friends frequently meet. Bay Street is also featured, and Nick and Harold can be seen jogging there.  Did you know that Tom fell so in love with Beaufort that he purchased a home here?

The movie that started it all! Based on the novel by Beaufort’s beloved author Pat Conroy, who based the book on his own relationship with his father- who the Great Santini is named after. It is the story of the son of a U.S Marine Corps officer, who constantly struggles to win the approval of his highly aggressive & competitive father. Starring Robert Duvall, Blythe Danner, and Michael O’Keefe. You’ll find amazing Beaufort landmarks in this movie; Tidalholm Mansion (doubles as Meecham family home), Beaufort Marine Corps Station, and the Point Neighborhood. Blythe Danner came back here frequently to film many more movies.

Learn more about the wonderful Beaufort community in our weekly blog and on our Facebook page.

Looking to buy or sell in the Beaufort area? Put my extensive local experience to work for you!

living in the lowcountry